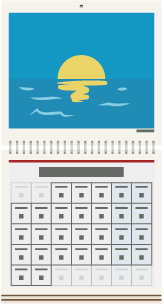 Composed in the wake of the research councils held at Aachen from 816 to 819, the text known as the Institutio Canonicorum has long been regarded as the culmination of the attempts at church reform undertaken by the Frankish emperor Charlemagne and his son, Louis the Pious. While its scope and impact (also visible in the extensive manuscript transmission) indeed attest to its importance, it is also a text that is easily misunderstood, as both the title and the most accessible edition in the MGH make it appear more limited than it was actually intended to be. As this paper will argue, the Institutio Canonicorum, long thought to be the acts of a single council aimed at defining the elusive order of clerici canonici, should be read as the result of a lengthy series of negotiations between bishops, abbots and the laity about the role of the priesthood in the Carolingian church. In a long patristic florilegium, those in a position of authority are reminded of their responsibilities for the well-being of the Christians under their care, while the rules appended at the end have as much to do with the clergy around a cathedral as with the definition and categorisation of religious communities throughout the ecclesia. By taking a holistic approach to a seemingly long text with a seemingly limited scope, this paper will show a snapshot of the Carolingian church in action, from emperors and archbishops to local priests and monks.

Share this...
+ Dodaj do kalendarza Google+ Dodaj do iCalendar